A rendering of the interior of Lego Group’s planned 1.7 million-square-foot factory at Meadowville Technology Park. (Images courtesy of Lego Group)

It would take a whole lot of Legos to build the sizable new facility that’s planned for Meadowville Technology Park’s latest high-profile tenant.

Lego Group, the global toymaker known for its brick-building assembly sets, plans to invest $1 billion to construct a US manufacturing plant in the Chesterfield industrial park, Gov. Glenn Youngkin announced Wednesday morning during an event held at the Science Museum of Virginia.

The 1.7 million-square-foot facility is expected to create more than 1,760 jobs over time. Lego plans to break ground on the project this year and wrap up construction in 2025, the same year production at the factory is expected to begin.

The Chesterfield facility, which will handle the production of Lego bricks and packaging of kits, will be Lego’s seventh factory worldwide and the second in North America. The other one is in Mexico. 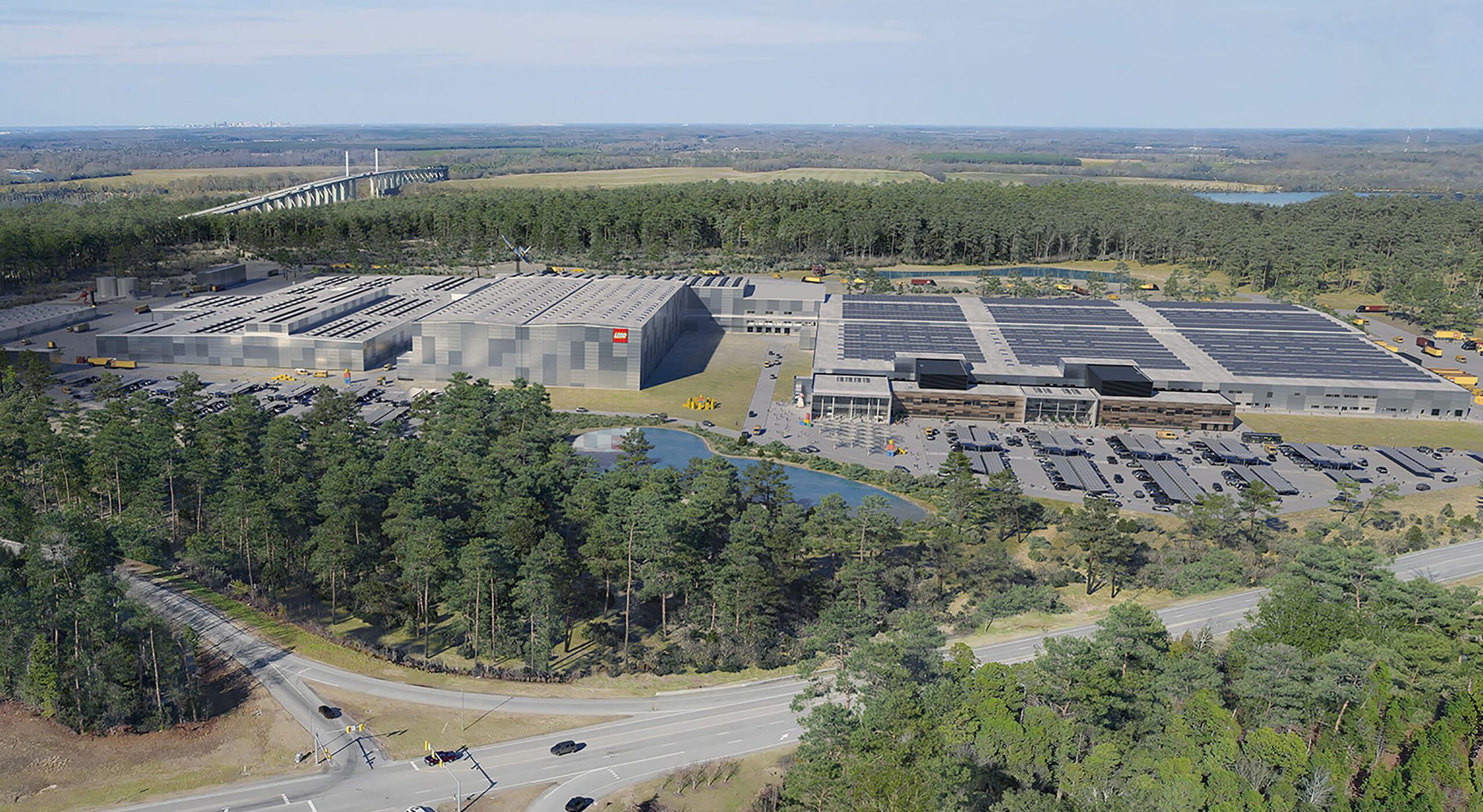 A rendering of the exterior of the factory Lego Group plans to build.

The company’s investment in the Chesterfield factory is planned to take place over 10 years. Lego’s site at Meadowville will also feature an on-premises solar energy farm that is planned to handle the energy needed to power the factory.

The Chesterfield plant is expected to work toward its stated employment goal over a 10-year period, according to a news release. The company plans to hire 500 of the employees to operate a temporary packaging facility slated to open in early 2024.

Chesterfield officials said they weren’t told who they were competing against for the project, and the project has been in the works for about seven months. Chesterfield Economic Development Director Garrett Hart said that Meadowville’s existing infrastructure and available land made Chesterfield competitive in the process.

“It’s the importance of having ready-to-go sites. Those guys were only looking at people who could get started this year and Meadowville has water and sewer and roads in place,” Hart said. 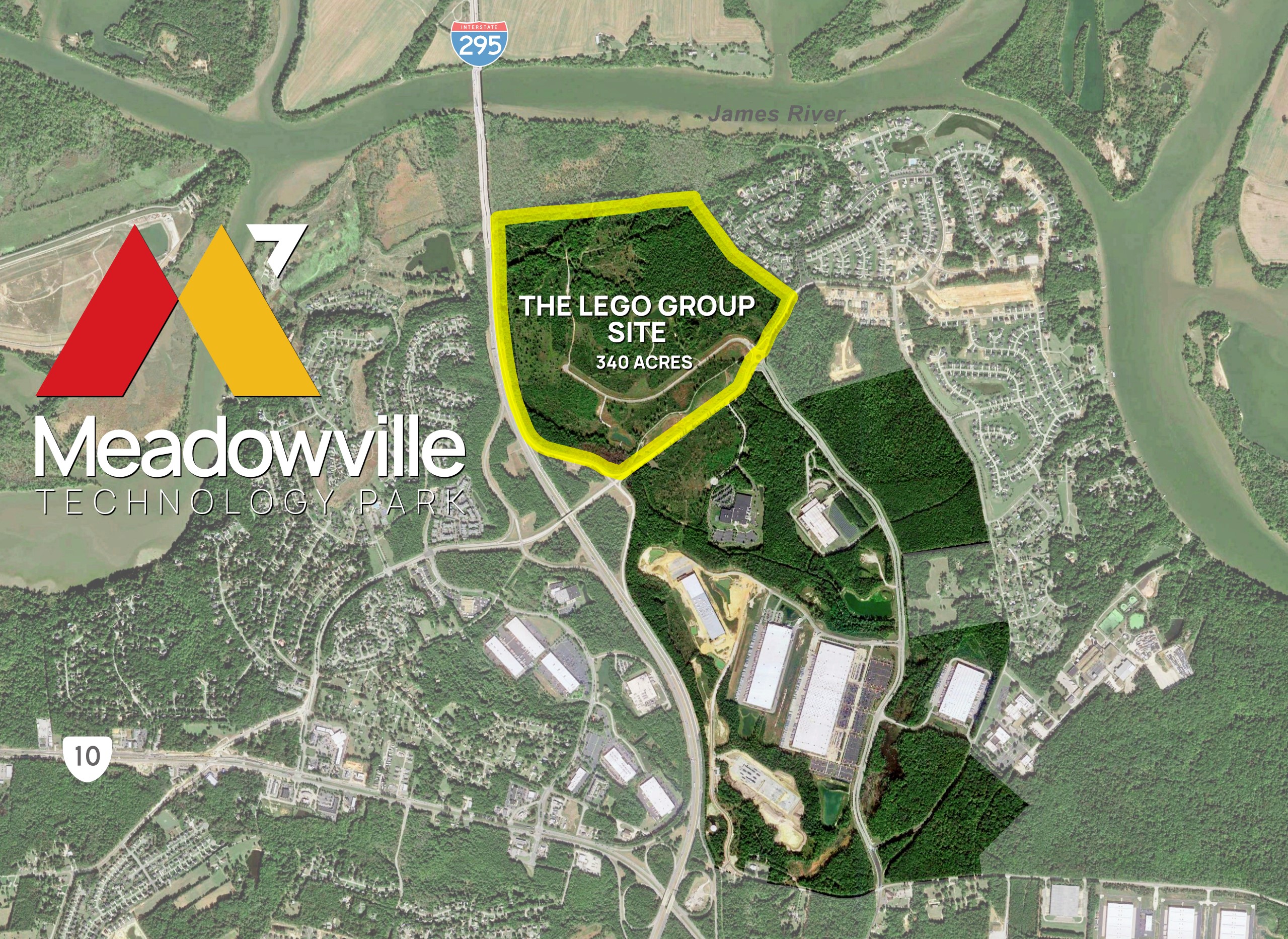 Lego Group has 380 acres under contract at Meadowville Technology Park, where it plans to build its second factory in North America. The other factory is located in Mexico. (Image courtesy of Chesterfield Economic Development)

The Lego plant will occupy a 340-acre site at Meadowville that the company has under contract. The site is situated on the northern end of the park just to the east of Interstate 295 and is currently owned by the Chesterfield Economic Development Authority.

The sale is expected to close by the end of the summer. Both Lego and Chesterfield declined to share the amount the company is expected to pay for the land.

The assembly consists of multiple parcels with a total assessment of at least $22 million, according to online Chesterfield property records. Some parcels straddle the future Lego property’s southern boundary at Meadowville Road, making it unclear the exact assessed value of the land the company intends to buy.

Lego was attracted to Virginia due to factors like its workforce and transportation infrastructure, Niels Christiansen said in his remarks during the event. He said growing demand for Lego kits motivated the interest in increasing the company’s manufacturing capability. 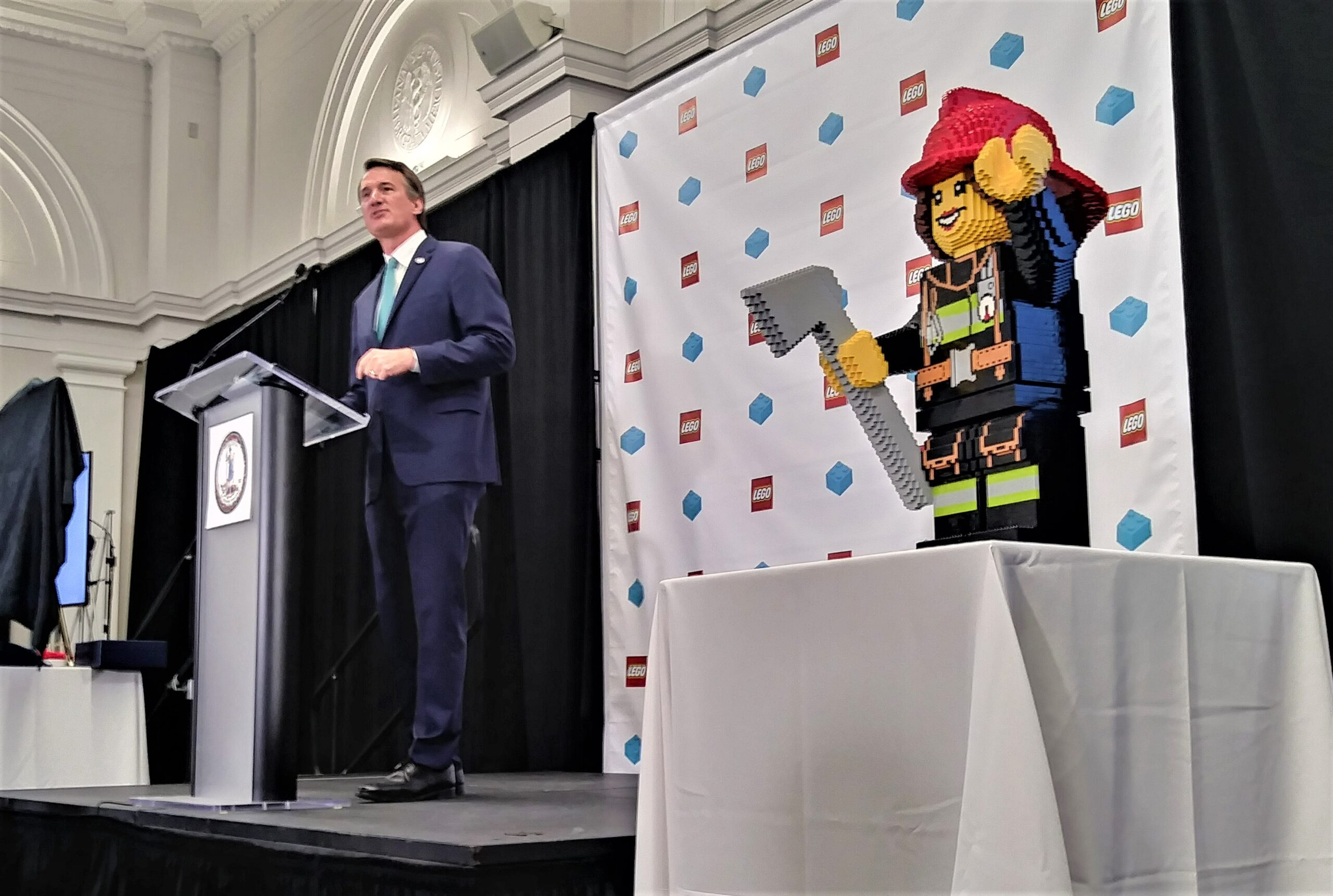 The Denmark-based company has about 2,600 US employees and US operations are headquartered in Connecticut. The company operates 100 Lego stores in the United States.

Chesterfield worked with the Greater Richmond Partnership, the Virginia Economic Development Partnership and the General Assembly’s Major Employment and Investment Project Approval Commission to land the project, according to a release from the county economic development department. Lego will be eligible to receive a $56 million performance grant from the MEI.

Lego spokespeople didn’t respond to an inquiry about who will be the architect and general contractor on the project.